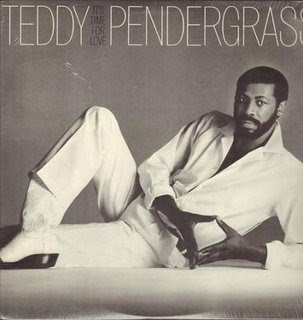 Yesterday a legend was lost when Teddy Pendergrass passed away at the age of 59 from colon cancer. He was the first black male singer to record five consecutive multiplatinum albums in the US. Unlike the songs of many of today's male R&B artists, Pendergrass' music bordered on eroticism without explicit lyrics or coarse language — just through the raw emotion in his voice. As a sex symbol of the 1970s music scene, Teddy Pendergrass gained unparalleled admiration from female fans for his suggestive songs and his women-only concerts at which teddy bears were passed out to audience members. Some of his greatest hits included "Close the Door", "Love TKO", "Turn Off the Lights" and "Come on Over to My Place."
Posted by Aspiring Aries at 9:07 AM