Do you really remember or you making it up??? 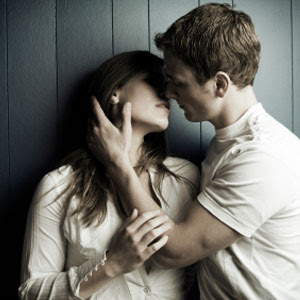 Does anyone really remember their first kiss, the way it really happened?
I'm of the impression that people create memories in their mind. Call me a cynic but it's just something that I've noticed. Facts and truth are quickly distorted by fantasy and imagination.
When asked about a memory or an event in their past depending on the personality of the individual they might say "oh it was nothing special" and chances are it wasn't or they might say "it was amazing, the best ever!", to which I call BULLSHIT.
People (usually females, not always but often) have majestic stories about their first kiss, or romantic encounter. But get real, like most firsts it was likely, no it was definitely: awkward, uncomfortable, nervous, forced, bad, awkward, uncomfortable, unfamiliar and over before you knew it.
Yet, in their memories or at least in their story telling it goes a little something like this:
"It was a beautiful summer day... we were sitting on a grassy hill looking at the star, no watching the sun set and as it lowered over the horizon we stared into each others eyes lovingly (at 13) , as our heads moved closer and closer together, we each tilted at the perfect angle and our lips collided in harmonious bliss. Once the ecstasy was complete we dusted our bums off got onto our pedal bikes and rode home."
...but really, it went a little more like this:
"It was an overcast day in early fall ... we were walking home from school a few paces behind our group of friends, as we almost got to my street, he quickly grabbed my head and laid the most disgusting tongue wet, pepperoni stick scented, dry lipped kisses on my upper lip and partially opened mouth, before any of them could look back and wonder what was going on. No sooner had he lunged head first into mine, I was walking up my driveway face still wet and air drying, in disbelief and disgusted at what had just happened."
When I think about this phenomenon ... I don't believe its a conscious thing for people to lie about the past or their memories, I think it's more that they recount stories the way they would have liked it to be. However, that is not reality, nor is it your true history.
So next time someone is recounting their epic journey from virginity to womanhood and you can't help but snicker or question it's validity, know that you're not alone, I don't believe it either.