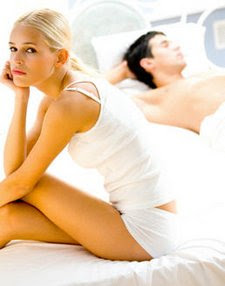 Ladies, have you ever found yourself in an unhapppy
relationship but can't seem to let him go? You think that it's
because you love him, which you most likely do but maybe it
could also be one of the following reasons:
1. You believe that there is a shortage of men and you are
just greatful to have "somebody." Some women would
rather be in a bad relationship than no relationship at all.
2. You've formed a 'habit' of being with him. So, instead
of leaving him, you think you can change him.
3. You fear embarassment of being alone. Being alone
means that you have failed.
4. Your family or friends pressure you to stay with him
for 'the better.'
5. Sex.